The Stranger within my gate,

He may be true or kind,

But he does not talk my talk —

I cannot feel his mind.

I see the face and the eyes and the mouth, 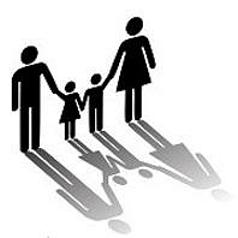 "Be fruitful and multiply"

But not the soul behind.

“One remarks nowadays … such a diminution in natality and in general manner such depopulation that the towns are deserted and the fields lie fallow. Although this country has not been ravaged by wars or epidemics, the cause of the harm is evident: by avarice or cowardice the people, if they marry, will not bring up the children they ought to have.  At most they bring up one or two. It is in this way that the scourge before it is noticed is rapidly developed.  The remedy is in ourselves; we have but to change our morals.”

Think that last paragraph was uttered by Rush Limbaugh on his radio show? How about by a demographer looking with great pessimism into the future of America?

Wrong. It was written by a classic Greek historian named Polybius, probably around 100 B.C. He was talking about the ancient Greece of his days. But, yes, what he said could apply very well to people of European heritage in this world, in the year 2011.

The birth rate among Caucasian, native-born Europeans has dropped to disastrously low levels. Far fewer babies are being born than would even replace older Europeans who are dying off, let alone cause any increase in the population. The birth dearth is at its worst in Russia and eastern Europe; northern and western Europe are doing marginally better, partly due to energetic efforts on the part of governments to encourage couples to have more children. But even there, the burgeoning numbers of Muslims, West Indians, and other non-European immigrants are threatening to permanently alter the demographic balance of a whole continent.

Then there’s the United States. Our Caucasian fertility rate is 1.84 babies born per each woman of child-bearing age. That is well behind the 2.11 rate among blacks, and especially the 2.99 rate of babies born to Hispanic women. The European-American rate in the U.S. compares favorably with that of places like Britain, France and Sweden, and is far above the execrable 1.2 or 1.3 births per woman of Germany.

But … we’re not in Europe. We’re in America. And Europe doesn’t have a long, deliberately undefended border bleeding millions of illegal aliens in each year, as we do.

We have the U.S. Congress elected in the Lyndon Johnson landslide of 1964 to thank for a lot of this. That Congress changed our immigration policies, designed since the 1920s to favor European immigrants (after all, the nation was founded by people from Europe; DUUUH! sounds reasonable to me!) They altered the immigration laws to severely limit the number of Europeans, and greatly expand the permitted immigration of people from Asia, Africa, South America, and the like. We’ve got to have more diversity here, that Congress said, in effect. America’s too whitebread. Got to dilute this White majority!

Well, they’ve succeeded beyond their wildest dreams — and the worst nightmares of those of us who consider being White something to be proud of — not to apologize for. In the 1960 census, America’s population was roughly 89 percent White. In the 2010 census, we had dropped to 65 percent. We’d even become, not the original founders of this country, not the people who produced Washington and Jefferson, Lincoln and Franklin Roosevelt, but “non-Hispanic whites”, defined by who we were not. And the diversity cheerleaders always spell “white” like I just did, with a lower-case “W.” They often refer to blacks as African American, or “Black” if they use that term; to Spanish-speakers as “Hispanic American,” to Asians as “Asian or Polynesian American,” to Indians as “Native American.” But all we get is a color, without a capital letter.

They may do ill or well,

But they tell the lies I am wanted to,

They are used to the lies I tell;

And we do not need interpreters

When we go to buy or sell. 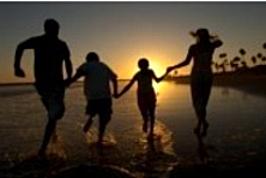 Do the American people want to see Whites become a minority, as they are on the road to being within about 40 years, if present trends continue? Well, I suspect that most blacks and Hispanics are delighted at the prospect; Asians possibly less so, as they’ve succeeded well in this country and are therefore much less likely to carry the grudge of envying those who have done better than oneself.

The sad thing is, I’m as sure as I am a foot high that there are some White Americans, self-hating ones, who can’t wait until we’re just another minority in the country our ancestors built. They’re the ones who have swallowed whole all the politically correct “history” of recent years about Columbus being a horrible old racist, Washington and Jefferson owning slaves (yeah, they did; so what? So did many of the more affluent Southerners in those days), that the Confederacy was “all about slavery,” with no other cause whatsoever. They’re the people who hate their own race, who think it’s been a cancer on mankind, and the sooner it dies out, the better!

Well, I beg to differ with them. Nobody ever said we were perfect; who the hell is? Yes, our country was founded with slavery permitted — but only after long, acrimonious debates at the Constitutional Convention, and only because it was the only way the Southern states would go along. Yes, the Civil War was fought because of slavery — and because the North had changed much faster than the South, which viewed itself as holding more truly to the America envisioned by the founders; and because the North’s industrial power was viewed as oppressive by the South; and because many Southerners believed in “states rights” and not in a federal government which was sovereign over everything and everyone.

The Stranger within my gates,

He may be evil or good,

But I cannot tell what powers control —

What reasons sway his mood.

Nor when the Gods of his far-off land

Shall repossess his blood.

Why have birth rates among European-descended or resident peoples dropped so low? Well, in a way, we’ve become the victims of our own success. We’ve “moved up,” if you want to call it that, from being mostly farmers, to being mostly city- and town-dwellers. We don’t need a lot of children to till the soil any more. We don’t, or often can’t, raise a lot of our own food as our ancestors did. Children are expensive nowadays. Many people use that as one of the handy excuses not to have any; or maybe to have just one. As we’ve succeeded, we’ve become selfish and lazy, too. And less religious. “Be fruitful and multiply” probably would just provoke laughter and wise cracks in a gathering of middle-class White Americans nowadays; our ancestors actually believed in that Biblical admonition.

Of course, certain religious faiths with more rigorous standards than most still expect their members to produce several children within each marriage. The Mormons, the Amish and the Orthodox Jews come to mind. And for the most part couples of those faiths do have significantly higher numbers of children than your average Caucasian American Joe and Jane. One could also add in, although to a lesser extent, the Evangelicals; and the members of the Quiverful Movement. As White Americans move toward possible minority status, we’re becoming more religion-oriented. That may be our saving grace — so to speak. 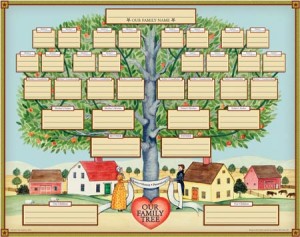 Bitter bad they may be,

But, at least, they hear the things I hear,

And see the things I see;

And whatever I think of them and their likes

They think of the likes of me.

I think World War II had something to do with this tendency of some Whites to hate themselves and want to see their race disappear, too. Nazi Germany’s massacre of millions of Jews profoundly shocked the soul and conscience of Europe and America. The Jews who hold a disproportionate influence in the Western journalism, educational and literary fields have tended to do all they could to stoke this sense of “White guilt” and keep it alive.

Is this “racial hatred” I’m writing? Of course not — although some people who read this will put me down as a “bigot” and a “racist” as they have before. They can think what they want; I don’t care. I’m telling the people who look like me, that if they don’t wake up, and start attending to their own survival, whether it’s raising their birth rate to replacement levels, or starting to stand up for themselves against these non-Whites who have gotten the bit in their teeth and now think they can attack us with impunity, on the streets, on website blogs, etc., then one of these days, we’ll wake up and find that we’ve lost our country. America will be the first major country in history to do a complete change of people — through its own blundering, blindness and indifference to its own fate.

I don’t want to see any of the races of man become extinct. But especially not the one of which I’m a member.  We’re the race who first conceived and put into practice democracy — the belief that people had the right to govern themselves, through their elected representatives — not to always have to bend the knee to a king, emperor or dictator. We’re the race who explored the world, who brought the benefits of our civilization to all the others, although they may have only perceived it at the time as “imperialism.” We’re the race who produced the great classical composers — Bach, Beethoven, Brahms, Tchaikovsky; the great artists — Rembrandt, Rubens, Titian, Van Gogh; the great writers and philosophers — Shakespeare, Kant, Rousseau, Goethe, Voltaire, Dickens. Since the Middle Ages we’ve been the race that has driven this world — not always in the right direction, but, I think, the right one more often than not.

We deserve better than oblivion. We deserve more than to become “just another minority.”

This was my father’s belief

And this is also mine:

Let the corn be all one sheaf —

And the grapes be all one vine,

Ere our children’s teeth are set on edge

By bitter bread and wine.

— The poem “The Stranger Within My Gate,” by Rudyard Kipling

← The Mormons: They’re ‘coolin’ up,’ bro!
Washington politicians are about to hit the ceiling →

11 comments for “White people: Are we committing racial suicide?”