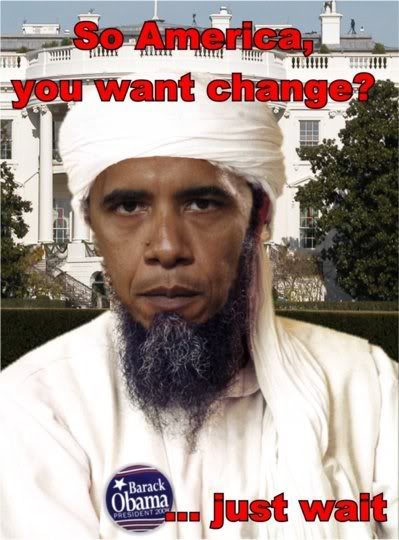 Black Americans tend to speak of one of their own as “the brother”. Thus, President Barack Hussein Obama presumably is referred to in that affectionate way by many of those blacks who support his re-election — say, oh, about 95 percent of all of them — and by those Whites and others who thought he was the “Second Coming” when he emerged from obscurity four years ago to become our “first black president.” Those last three words were what really mattered to them; all else was secondary. Such as his qualifications, his background — and his religion, if any.

Then there are those of us who never fell under his spell; who failed to perceive him as “The One,” as TV talk show host Oprah Winfrey called him when she jumped onto his bandwagon, bringing many of her starry-eyed female fans with her. No one was impolite or gauche enough to mention that the main reason she fell for him so heavily was that he is black, and so is she.

No, for better or worse,  for reasons sensible or “racist,” many of us, including 57 percent of White Americans who voted in 2008, did not see Barack Obama as the answer to all our problems. We saw him as “the other.”

Who is “the other”? Well, progressives who see “racists” under the bed, behind the door and in the woodpile, use that phrase to describe what they see  as the distancing from, the denial of common humanity to, anyone who is not a White person, by White people. In other words, if you’re Mitt Romney, then to us, you’re whatever the White equivalent of “the brother” is. If you’re Barack Obama, you’re “the other.”

This attitude, or what progressives and black militants describe as one, is best described by the Rudyard Kipling poem, “The Stranger At My Gate.” In it Kipling says, in effect, “You may be a human being just like I am, you may be equal in the sight of God, but you don’t look like me, you don’t believe like me, you don’t talk like me. You are ‘the other.’ ”

As a matter of fact, we are all “others” to some other group, despite the attempts of those on the Left to convince us that we are all “brothers.” Do they really think that a White European who settled in a black African village, would be perceived as just another human being, who had stayed inside for too long and gotten almighty pale? Hell, no, he wouldn’t; to the Africans, he would be “the other.” He would obviously not look like them; even if he spoke their language, his speech would probably be heavily accented; and he might be a Christian, while they would more likely be Muslims.

Which brings me back, oddly enough, to Barack Obama. It has become de rigeur among some political commentators to try to put Republican politicians being interviewed on the spot by asking a question like, “Do you believe Barack Obama is a Christian?” So far, they’ve all answered, “Yes, but …” , which I think is a cop-out. If it were me, I’d answer, “I don’t know? What do you think?”

Is Obama secretly a Muslim? Was he at one time a Muslim? I don’t know. What do you think? His father was a black African from Kenya who was raised Muslim (although Obama supporters always insist that Obama Sr. was “not practicing.”) After his father abandoned Obama’s White mother and she divorced him, she re-married, to a man from Indonesia who was also a Muslim. She and young Barack moved there and lived there for several of his childhood years. Indonesia is a heavily Muslim nation. Young Barack reportedly attended a madrassa, usually interpreted as a Muslim school — although his supporters have insisted it was “not Muslim.”

After he moved to the continental U.S. — his first residence here, by the way — as a young adult, he graduated from college and law school (transcripts? Oh, they’re hidden until the year 3000. Yes, I’m joking; but they’ve never been made public), and became a law school professor and a South Side Chicago community organizer. There he became aware of his oratorical skills, and began speechifying — with an accent like a black preacher from the South. Probably picked that up in Hawaii and Indonesia while he was growing up.

And in less time than it takes to tell it, Barack Obama was an Illinois state senator (“Present”), and then a U.S. Senator. He delivered the nominating speech for John Kerry at the 2004 Democratic convention, and the mainstream media immediately fell madly in love with him. Here was “The One” they had been waiting for! It was just a matter of waiting four more years to anoint him, in 2008.

Now it’s four years later. Those who fervently believed in him — well, some of them, anyway — still do so. To them, he’s still “the brother.”

But to many of us who were unimpressed four years ago, including moderate to conservative Democrats like me, he’s still viewed with a jaundiced eye.

We have heard him promise much, but we believe he has delivered little. While the economy was in the tank, he was working overtime to ram ObamaCare down our throats. A majority of those Americans polled still don’t approve of it.

We have seen him bow deeply to the king of Saudi Arabia (“Oh, he was just bending to pick up something he’d dropped on the floor,” his people told us. Sure he was — his own dignity as leader of the Free World.) On the other hand, when he met Queen Elizabeth, he barely inclined his head, and his wife Michelle patted the queen on the shoulder as if she were merely a faithful old family retainer of the Obamas. Bad form, to the nth degree; one does not touch the queen, except to shake hands, and only if she offers her hand first!

We have seen his attorney general Eric Holder go after American states who are trying to halt the flow of illegal immigrants over their borders, because the federal government won’t do it. We have seen that same Holder step into state affairs against states in the South who passed voter ID laws already upheld by the U.S. Supreme Court for states like Indiana. Why did he do that? Because of an outdated federal law (which should be repealed) that allows the feds to interfere in any state of the former Confederacy in the case of any changes in voting laws — presumably the White people down there are just itching to take the vote away from all blacks, and send them back to the plantations into the bargain. What nonsense.

We have heard Barack Obama set up numerous strawmen in his speeches (“There are those who …” is usually the way he starts out) in order to blame everyone but himself for the failures of his administration. Everything that has gone wrong in the last four years, is someone else’s fault — usually George W. Bush’s. Just ask Barack Obama.

Yes, there are those who still see Barack Obama as the “Mulatto Messiah,” a definitely non-politically correct description, but one which describes their attitude toward him pretty accurately, I think.

To them, he is still “the brother.” But to many, many of the rest of us, he will always be “the other.”