The infamous “shoe bomber” has now been joined in U.S. history by the “crotch bomber.” How many more lucky, narrow escapes can we expect before these lunatic Muslims blow up an American airliner with hundreds of people aboard?

Yes, I said “lunatic Muslims.” Let’s quit pretending that security measures applied to every toddler, blonde-haired college coed and Swedish grandmother are likely to slow or stop these attempts at mass carnage. It’s Muslims — young, male, swarthy (usually) people from Saudi Arabia or Yemen or Afghanistan who are the perpetrators. The 9/11 bombers were Muslims from the Middle East. The “crotch bomber,” who we’ll just call Farouk because his full name is, like many Muslim names, ridiculously long, was a black African from Nigeria, true, but he’s an ethnic aberration among the demented followers of Allah seeking their 70 virgins in Paradise by killing “infidels” along with themselves.

The Obama administration now has admitted that there were security slip-ups and failures to “connect the dots” that allowed Farouk to come within an eyelash of blowing up an airliner nearing Detroit — thank God for that courageous Dutchman who tackled him, and for Farouk’s own incompetence at setting off the deadly package tied to his family jewels. 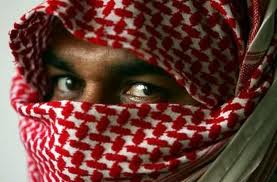 Full-body scanners are being sent to many more U.S. airports to be used to look through the clothing of all boarding passengers in a search for possible hidden explosives or other weapons. These plans have been greeted by complaints from some women who are horrified at the thought that some strange man might get a chance to ogle their naked pelts in a dark surveillance room somewhere — never mind that the scanners automatically blur facial features making one body very difficult to distinguish from another.

But the scanners are another “solution” that averts its eyes in embarrassment from the root of the problem — that it’s young Muslim men who make up the overwhelming number of persons who have been “red-flagged” by worldwide airport security procedures, or who have actually attempted bombings. Scanners and such may render some minor help, but the thing that could be really effective, is what has come to be called, with white liberal horror, “racial profiling.”

Militant U.S. blacks originated the term, claiming that young black men were being stopped, questioned and arrested by police in disproportionate numbers. Now, we’ve become so terrified at the concept that we won’t do certain things that might help make our society a more secure one — that might help protect innocent men, women and children who fly the friendly skies, for instance.

Of course, in this case it wouldn’t really be “racial profiling,” because the first red flag that should go up would be a Muslim name — especially if carried by a young male. If he’s alone, that brings the profile into even sharper relief — few if any homicide bombers would be willing to sacrifice their own family members along with themselves and hundreds of  “infidels.” If in addition they’ve bought a one-way ticket — especially with cash — and have no luggage, airport security should escort them politely but firmly to a private room to be questioned at length by officials well trained in ferreting out potential murderers. If they pass the test, but their flight has already left, then arrangements can be made for them to catch a later one. Better late than hundreds of people dead.

I suspect this won’t happen — not while Barack Hussein Obama is president. Better that we hold up hundreds upon hundreds of passengers every day with endless removal of shoes, emptying of pockets, even body scans or physical pat-downs, than that we target a particular type of passenger who experience has shown us is far, far more apt than anyone else to pose a danger to vulnerable airliners bearing thousands of passengers every day. Heaven forbid that the world Barack Obama is so fond of should think that we’re “racially profiling” anyone!

10 comments for “Profile the likely bombers!”