Pretty bald statement, you say? Well, can you give me any good reasons why he SHOULD 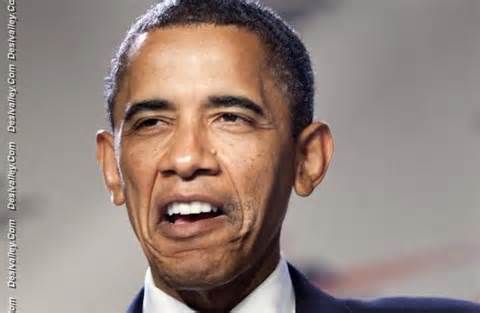 N’T be impeached, convicted, and removed? And saying, “Because then Joe Biden would become president,” doesn’t count.

Washington, D.C., has become so scandal-heavy of late that you can’t tell the high crimes and misdemeanors without a score card. The Democrats’ insisting that these are “phony scandals” ginned up for “political reasons” by the Republicans is ringing more and more hollow. Barack Obama has lost the confidence of the American people.

The angry hectoring of Internal Revenue Service Commissioner John Koskinen by a House committee on national TV in recent days over the missing e-mails of the Lois Lerner scandal (can you remember Rose Mary Woods and the missing 18 minutes of audio tape, from Watergate days?) appears to show that the whole situation is coming to a boil. Speaker of the House John Boehner says that he will file a huge legal action against the Obama administration over the president’s repeated issuing of executive orders to do end runs around Congressional opposition on various issues . Boehner absolutely should be doing this; otherwise he and the House he leads would be simply and timidly ceding the power to make laws, to an overbearing, egotistical chief executive.

But of course, the IRS’s using its powers to intimidate and emasculate various conservative organizations is just one of the exhibits in the “Obama Scandals of 2014”.  For instance, there is the Benghazi incident, which took place in Libya on Sept. 11, 2012, and in which four Americans including the ambassador were murdered by Islamic radicals, while the administration did nothing to try to rescue or save them — and later insisted that the fatal attack was caused by “Muslim rage” at a supposedly anti-Mohammed video produced by — you guessed it — an American. They knew it was a pre-planned, coordinated attack, but getting Barack Obama re-elected was the most important thing on their agenda, and admitting that the administration had been derelict in its duty to defend those faithful American employees would not have looked good on his resume — now would it? Nor on Hillary Clinton’s. She was the secretary of state then, and the news media are already trying to arrange her coronation as “our first woman president” on Jan. 20, 2017.

Then of course there is Obamacare, which was imposed on all of us in 2010 — without a single Republican vote in either house of Congress. Of course, the “national health care plan” was passed according to the rules of our republic — that is to say, it is “legal.” But the President was caught out in several misrepresentations about its effect when he was campaigning for it — the main one being, “If you like your doctor, you can keep your doctor. Period. If you like your health plan, you can keep your health plan. Period.” Wrong, wrong. Two big Pinocchios for the Mulatto Messiah. And the plan remains highly unpopular with many Americans, for those reasons, and because it has caused many employers to cut hourly employees’ work time to keep them under the legal limit above which the employers have to provide Obamacare.

And there is the Veterans Administration scandal, which has probably angered more Americans than any of the others. Nearly all of us know at least one veteran. Many of us have at least one in our immediate or extended family. These men and women defended our country. The VA was established to provide them with medical care and other benefits that that service entitled them to. The finagled waiting lists, the veterans who died awaiting the treatment which never came — those are things that have made America’s blood boil.

Then there are the numerous international incidents which Obama says he only learned about “from reading it in the papers,” just like the average retiree having his morning cup of coffee. The President of the United States is supposed to have the best intelligence agencies, the most skilled gatherers of facts — BEFORE the news media know all about them — in the world, on important issues. Are they falling down on the job? Then why doesn’t the President do something about it? Or is he just not interested? “Disengaged” is the polite term the media have been using to describe “No-Drama Obama’s” arms-length attitude toward many aspects of his job. Oh, the President didn’t know because he was on the golf course, working on his tee shot. Or he was en route to an important fund-raising engagement in Hollywood. Or he and Michelle and the kids were in some exotic land on yet another taxpayer-financed vacation. You know how it is; a guy’s gotta have a little time off once in a while, doesn’t he? Kind of reminds you of one of the popes of the Renaissance era who supposedly said to his top advisor, “We have won the papacy; now let us enjoy it.”

The current, on-going meltdown of Iraq, with Sunni militias kicking the bejesus out of the Shiite-dominated government’s army, and the Kurds in the north threatening to break away from the country, as they have for many years — and take access to much of the country’s oil wells with them — is yet another example of Obama’s studious lack of curiosity about what’s going on in the world that the U.S. used to be considered the dominant nation in. The President was determined to get all U.S. troops out of Iraq, no matter what. Former president George W. Bush had warned years ago that a hasty pullout of all U.S. forces would lead to chaos. The American generals in charge of our troops in the country had begged Obama to reconsider. But he wouldn’t listen. And now we see the result. It may now become necessary to send large numbers of U.S. troops back into Iraq, to prevent its fragmenting into three rump countries. And to preserve our access to the oil. And few Americans want to see us putting “boots on the ground” in Iraq again.

Which brings us to another major example of Obama’s obtuse belief that he is always right, and always the smartest guy in the room. Polls show a sizeable majority of Americans in favor of his approving the Keystone Pipeline project in the western states, which would not only generate thousands of well-paying jobs for its construction, but which would also make us much less dependent on oil imported from the most unstable part of the world — the Mideast. But Obama has dithered, and stalled, and said that it needs to be “studied” for possibly damaging environmental effects, blah, blah, blah. He is catering to the environmental leftists, who oppose the pipeline, and the people be damned.

The majority of the American people is finally waking up to the fact that they should never have elected Barack Obama president in the first place. Being tall, good-looking, black, and a podium-thumping orator does not automatically make someone fit to head the world’s greatest republic. This is beating a dead horse, as it has all been said many times before. But Barack Obama was a law professor, and a “community organizer” — however you define that. He’d never been an executive; he’d never run a business, let alone a city, a state, or a country. He’d never run anything but his mouth. But the liberal news media fell madly in love with him when he made the nominating address at the 2004 Democratic convention, and that was the first step in his election as “our first black president,” four years later.

So does Obama’s repeated blundering, not attending to his job, etc., constitute “high crimes and misdemeanors”? Well, if he was involved in a cover-up of Lois Lerner’s part in siccing the IRS on conservative non-profit organizations, that’s very similar to what the Congress was poised to impeach President Richard Nixon over, before he beat them to it by resigning, 40 years ago in the climax of the Watergate scandal. How about his numerous executive orders countermanding the votes of the House on various issues? If he is allowed to get away with that, then we’re halfway to a dictatorship, with a Congress that has become merely a powerless talking shop — Hitler’s Reichstag, or Putin’s Duma.

Of course, if the House did impeach Obama before this November’s mid-term election, the Senate as presently constituted would never vote to convict him.  He would still be in office, and I doubt he would be cowed by his narrow escape. And of course he and his supporters would blame the whole thing on “White racism.”

So the best plan for the Republicans — who seem to have finally gotten mad enough to DO something, instead of just complain — is to do their level best to win control of the Senate in November. Then, come January, they can proceed.

President Obama loves to play golf — more so than any other president we’ve had, even Dwight Eisenhower, about whose fondness for the links many jokes made the round in the 1950s. I think we should fix it so Obama can play 18 holes, or more, every day, if he so desires. He’ll have plenty of time to do it. No more of those pesky executive duties to interrupt him. No more having to deal with those nosy reporters. No more having to bow deeply to foreign potentates.

5 comments for “Time for Congress to impeach Barack Obama”