Thomas Jefferson once said something like, “I may not agree with what you say, but I will defend to the death your right to say it.”

Wonder what the author of the Declaration of Independence and our third president would think of  today’s “political correctness”?

The reason I bring this up is that free speech is often denied in America nowadays — almost always when it’s conservatives or the people who call themselves “White Nationalists” who are attempting to speak.

The most recent case in point is the intimidation and disruption directed against American Renaissance, one of those White Nationalist organizations, to try to prevent the group from holding its semi-annual convention.

American Renaissance is a blog site patronized by a growing number of people who consider themselves “racial realists” — people who are fed up with the hypocrisy and refusal to face facts of the mainstream media, our educational establishment, and the government in general on the subject of race and related problems in this country. Of course, their enemies on the Left, who constantly accuse them of preaching “hate” and “racism” and who like to compare them to Adolf Hitler and the Nazis, are the ones who are really full of hate, to the point of showing up en masse if a conservative or race realist attempts to speak at a pre-arranged program on a college campus, and hooting him down, trying to storm the stage, and practicing other forms of harassment and intimidation. You’ll seldom see stories about these incidents in the mainstream media, because they don’t want you to know about these incidents; doesn’t fit well with the revealed wisdom about the Right being “hate-filled” and “racist,” and the Left being “idealistic” and “compassionate.” 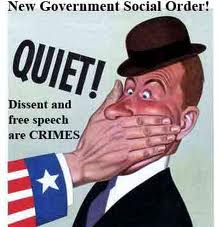 American Renaissance, or AmRen, as we bloggers call it for short, had scheduled a three-day conference Feb. 19-21 at a hotel in the Washington, D.C. area. A number of racial realist speakers were scheduled. The founder of AmRen, Jared Taylor, posted announcements on his website giving the dates and location and inviting sympathizers to make reservations. This was a rather naive mistake, I think, because the real haters — the radical Left — monitor such websites to try to disrupt their activities as often as possible. Soon the hotel where the conference was scheduled began receiving threatening phone calls, telling them AmRen was a “racist” organization that had no right to meet, and threatening various things up to and including physical violence if the hotel allowed the conference on its property. The hotel managment quickly caved in and cancelled the reservations AmReners already had made.

Taylor made arrangements with another hotel in the area — and another, and another, and another — explaining the situation to each one and being assured by each in turn that AmRen’s right to peaceably assemble wouldn’t be denied. But each time, the Leftist disrupters managed to find out, begin their hateful contacts with the hotels’ management, and force more cancellations. Hotel employees reportedly were afraid to be on duty that weekend for fear of what the Loony Left might try to do, on the scene, to disrupt and wreck the conference.

Finally Taylor had to post an announcement on the website, on Feb. 16, that the conference had had to be canceled because all five hotels backed out from commitments they had made to him. But he reckoned without his followers, who e-mailed him by the score to let him know they would be coming to Washington anyway.

So despite the Left’s most brazen attempts, AmRen managed to hold a — admittedly truncated — conference somewhere in the Washington, D.C. area. Taylor has not divulged just where, and I hope he doesn’t. The conference in two years almost certainly will be held in some more accommodating part of the country — the South, the Midwest, or perhaps Utah.

Unless you’re an AmRener, or possibly a frequent reader of various conservative websites, you probably never heard of the conference fiasco or indeed of American Renaissance. Well, you’ve heard now. Free speech in a free society should be just that — free. No “heckler’s veto” should be tolerated — screaming accusations of “racism” and “hate” shouldn’t be a justification for denying people the right to express their views.

Just imagine if a conference of the NAACP, or the Black Muslims, had been driven out of its intended site by White Nationalists — can you imagine the national furor that would have resulted? But when the side denied its say is on the Right, the MSM avert their faces and their voices in — perhaps embarrassment, more likely tacit agreement with the saboteurs.

They came to silence AmRen this year; next year, it could be YOUR organization that’s a victim of the “heckler’s veto.”

← Our nappy-headed stepchild
Evan and Jim: Diverse speakers of the truth →

6 comments for “Do we still really have “free speech”?”