The Boys in Blue

“The Boys in Blue” couldn’t get a break in America this past week. 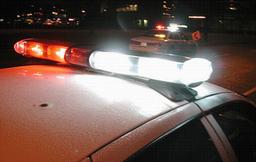 One week ago today three policemen were killed and a fourth left critically wounded and brain-dead by a sub-human thug named Lovelle Mixon in Oakland, CA. Members of Mixon’s racial community in Oakland then disgraced themselves by staging a protest march against the police, and depicting Mixon, who was finally killed by a SWAT team himself, as some kind of a “hero.”

Several days later, in Dallas, Texas, a professional football player and his wife who were speeding to a hospital because her mother was dying there, were stopped by Officer Robert Powell — because they were speeding. Powell did not accept at face value frantic claims by the couple as to why they were speeding, and the son-in-law, Ryan Moats, did not get to see his mother-in-law before she passed away.

Now Powell has been depicted as a villain, for essentially doing his job as he understood it, and predictable calls for his firing have come from the Moats family and the black community. Powell, you see, is white; the Moats family are black. Mainstream media reporters and editors love stories where white police can be depicted as brutal racists, and black civilians as poor, innocent victims. Reporters were quick to ask the Moatses if they thought race played a part in Powell’s actions; of course, they said, “Yes.”

Lovelle Mixon, who was 26, already had a long string of felony charges and prison time behind him, and was the prime suspect in the recent rape of a little Oakland girl who is 12 years old. He was considered a person of interest in the investigations of several other rapes. Is this a “hero”? When stopped by two motorcycle policemen, he emerged from his car firing a handgun and mortally wounding both, then according to witnesses stood over their bodies and fired at least one more shot into each officer, apparently to make sure they were dead. He killed the other two officers with an assault rifle while hiding in a closet in an apartment where his sister lived.

That sister made the fairly startling statement to reporters that her brother “wasn’t a monster; he wasn’t!” Say what?! Just how bad does a person’s behavior have to be before he merits that description?

Our first black president might have been well advised to make some public statement about the brutal murder of four officers of the law in a single incident, as his predecessors sometimes have done in commenting on certain local events. If he made any such statement, I didn’t hear about it.

At least now the dastardly Mr. Mixon won’t be living on the taxpayers’ dollar for years and years during his appeals of a conviction and a death sentence.

The Dallas case of course is much less serious. No one was killed or even injured. Ryan Moats didn’t get to see his mother-in-law alive one more time, and that’s sad. But there is no reason that I can see to assume Robert Powell saw himself as doing anything but his duty as he understood it.

And for that matter, the families of those four Oakland policemen would have liked to see them one more time before their deaths, too, wouldn’t they?
——
Many thanks to my late, dear friend Don “Duck” Youngblood for originating the term “The Boys in Blue,” which I used to begin this column. His song by that name was his biggest hit record.

2 comments for “The Boys in Blue”