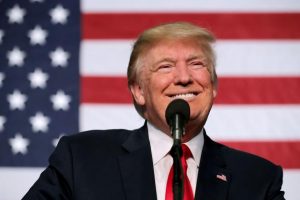 Well, our raucous presidential election, the most divisive since Hector was a pup, is over. Donald Trump has won, and will be the 45th president of the United States. Beyond that, I’ve had some random thoughts about all this.

All the hoo-ha about “Hillary got more votes than Trump, so she should be president” is nothing new to anyone with a knowledge of American history. In 1824, 1876, 1888, and 2000, one candidate got more popular votes, but the other won the Electoral College. There was the usual rioting, wailing, and gnashing of teeth that followed, much as disgruntled Clinton fans have done for the past two weeks — but it didn’t change a thing. John Quincy Adams, Rutherford B. Hayes, Benjamin Harrison and George W. Bush, the ones who got the majority or more of votes in the College, were the presidents who served for the next four years.

And by the way: Did you know why our Founding Fathers included the Electoral College in the U.S. Constitution? Because they feared that with a president being elected on the popular vote totals alone, campaigning would center on the big urban centers (they had them in 1787, too — just not as many or as large as today), and the rest of the nation would be pretty much ignored by the candidates. Kind of the same theory that led them to place two senatorial seats in each state, while distributing House seats according to population.

And how did the mainstream news media, and the pollsters, manage to totally misread what was supposed to happen on election day? They had Hillary practically in the Oval Office before the polls even opened. She appeared to agree with them, taking it rather easy the last two weeks — at least, until James Comey announced that, oops, the FBI investigation of Hillary Clinton has just been re-opened. Then Clinton and Company began racing hither and yon, desperately trying to patch up the damage to her campaign. Hillary, Barack, Michelle, Crazy Old Uncle Joe, were all over the map. Clinton and Barack Obama sounded increasingly shrill and desperate as the week just before the election went on. I think they had started to suspect that their “beautiful dream” was about to turn into a horrible nightmare.

On the other hand, Donald Trump was as cool and collected as a cucumber. I think he and his campaign sensed that he was about to shock the whole world.

Which they did. And the losers, the liberal Hillaryites, the forever grievance-ridden blacks, the Ivory Tower professors and their idealistic, clueless students — they’ve been throwing a tantrum ever since. Get over it, folks; Donald Trump’s going to be the next president. You can hope for a “miracle,” for Electoral College delegates changing their votes to Hillary, for whatever you want. Ain’t gonna happen, folks.

Wonder what convinced Donald Trump that he should run for president this year? Well, he’d probably say that he saw that his expertise was greatly needed; that America was in a helluva mess, and he felt that he was the one that could straighten it out; whatever. After all, he was asked once in a televised interview, a good many years ago, if he would ever consider running for president, and he opined that someday, possibly, he might.

But I wonder if that televised roast in 2011, where President Barack Obama was the featured speaker and spent more than five minutes poking fun at Trump, who was also in attendance, might have had something to do with it.

Obama brought enormous laughter from the crowd as he slung one-liner after one-liner at Trump. And The Donald sat there, and smiled, and said nothing.

Assuming I’m right about that, and of course I have no way of knowing for sure what was going through Trump’s mind, he was shrewd enough not to challenge Obama the next year when he ran for re-election. He left that to Mitt Romney, who made a reasonably good run but became convinced the last couple of weeks that he had it all wrapped up, and eased up and began taking his “victory lap” — for the victory that went to Barack Obama, instead.

So The Donald will take office in less than two months now. He’s already drawn some applause — and some criticism — with his possible choices for his Cabinet, and his public statements about what he’s going to do, and not do, in his first 100 days in office. But you can count on this: Four years with Donald Trump as president, won’t be boring!

2 comments for “Trump presidency will be a different one”