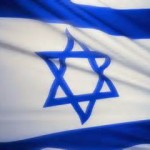 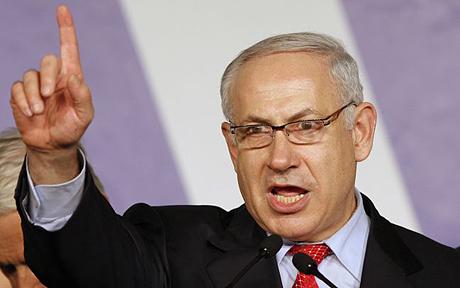 Benjamin Netanyahu, prime minister of the State of Israel, received the welcome of a conquering hero when he addressed the U.S. Congress Tuesday.

And, in my opinion, he richly deserved it.

Netanyahu spoke to a packed House chamber, and the 50-odd Democrat senators and congressmen who declined to attend due to the circumstances of his visit, were hardly missed. President Obama, Vice President Biden, and the other Democrats were apparently picking huckleberries somewhere out in the woods during the speech. First things first, you know.

The Republican legislators, the crowd in the galleries, and even many of the Democrats who WERE present, gave Netanyahu several standing ovations as he declared in no uncertain terms that President Obama’s negotiations with Iran over its intentions to construct a nuclear weapon, are “a bad deal. And a bad deal, is worse than NO deal!” That was one of the points where the crowd sprang to its feet, roaring with applause and cheers.

Another point that Netanyahu made, late in the 40-minute speech, was that Israel hopes to have the assistance of the United States, and other allies, in its struggle to keep Iran from going nuclear; but that, if necessary, “Israel will stand alone.” The translation to that, as I understand it, is, “If we have to, we’ll mount bombing attacks on Iran to destroy their facilities which are the first step toward nuclear capability.” And few who heard him had any doubt that Israel would, indeed, take such steps on its own, if it comes to that.

Why, particularly? Well, for one huge reason: Iran’s fanatical Muslim leaders have publicly and repeatedly declared their intention to wipe Israel — the “Zionist entity,” as Mideast Muslims insist on calling it — off the face of the earth. To kill all the Jewish residents of the state, or drive them into the sea. To erase the re-establishment of a Jewish state, 2,000 years after it was destroyed by the Roman Empire, and return the whole of the Palestine area to the Arab Muslims.

Of course, the watchword of the militant Arabs ever since Israel came into existence in 1948 has been, “You stole our land!” You see, the Arabs like to pretend that they had warranty deeds filed in some courthouse for every inch of the land between the Syrian border and the Sinai. And here these nasty, sneaky Jews came in and drove them off of most of it.

It’s all a lot of nonsense, of course. Maybe these Muslims have been inhaling too deeply on those hookah pipes. As I’ve said before, more than once, an ethnic group, or a race, does not “own” a particular part of the earth. They settled there, sometime, perhaps many centuries ago. They’ve lived there a long time, developed — or not developed — the land, came to think of it as “ours,” wove myths and legends about it. Then, one day, here comes another ethnicity, another racial group, possibly more developed, willing to work harder, smarter, on average, than the ones who were there before. And after a struggle, the old settlers are driven away, by the new settlers. Or they’re reduced to the status of second-class citizens. It’s another turn of the wheel. It happened to the Israelites in about 70 A.D. Now the wheel has come full circle, and the Jews are back. They were in exile, scattered from the Russian Empire to the Kingdom of Spain, for nearly 2,000 years. They survived by being smart, working hard, keeping a certain distance between themselves and their hosts in this country and that, and by marrying only within their own ranks. Most of the time, anyway.

But, as the rabbi says in “Fiddler On the Roof” when Tevye’s people are being driven from their village and a man asks him, “Rabbi, do you think the Messiah will come?,” the rabbi answers, “We will have to wait for Him somewhere else.”

So that’s what the Jews did for 2,000 years. They waited, made their homes, earned a living, raised their families, in many, many “somewhere elses.” But when Jews drank a toast among themselves, it was always, “Next year, in Jerusalem.”

In 1948, “Next Year” finally arrived. The United Nations announced the establishment of the State of Israel, the first homeland FOR Jews, GOVERNED by Jews, for 2,000 years. Of course the Muslim Arabs in their various neighboring countries — Egypt, Jordan, Syria, Lebanon — were furious at the UN’s decision, and began their vows, still being issued, to “drive the Jews into the sea.” Their armies attacked the Jewish state from all directions. But in so doing, they learned something that everyone might have been surprised to hear just a few years before. When surrounded, when pushed hard enough by the threat of another genocide like the one Hitler and his Nazis committed against the “Chosen People,” when given the choice, “Triumph or die,” — the Jews could, and did, fight. They fought like wild tigers. They drove back the Arab armies, and the next year, 1949, the Arabs had to admit that, for now, anyway, they had failed in their mission. The mission they were so sure they would win that they had urged many Arabs living in the areas allotted to Israel by the UN commission, to leave their homes and take refuge in the nearby Arab countries, until the Jews had been exterminated or driven out, at which time they could return to the “Zionist entity’s” territory and take possession of all the Jews’ land.

Except that it didn’t happen that way. The Arab nations’ bad advice led to hundreds of thousands of Muslim refugees being stranded in Egypt, and Jordan, and Syria, etc. The Arab governments didn’t re-settle them, try to integrate them into their nations, find them jobs, or other humanitarian acts that they COULD have done. Why let a good crisis go to waste? (to quote one of Barack Obama’s henchmen). These refugees were perfect propaganda material for those wanting to paint the Jews — the Israelis — as heartless, uncaring thieves who had “stolen the Arabs’ land.” So, they’ve left the refugees — excuse me, their grandchildren, by now — to languish in camps where they can be pointed to whenever a good stage prop is needed in the time-tested vaudeville show, “The Jews killed Christ, Stole Our Land, And Cheated Me at the Pawn Shop.”

But I have a feeling that no matter how much the Muslims threaten, and vow, and rain missiles down on Israeli settlements, it’s not going to make a difference. Israel is there, in the middle of the Middle East, and it’s going to stay there.

You see, in the 1880s European Jews began moving to the Holy Land, convinced that there was a time when the toast, “Next year, in Jerusalem,” would be fulfilled. The Zionist movement, founded by Theodor Herzl, guided and encouraged that movement. The Jews who moved there were overwhelmingly city folk who had made their livings as shopkeepers, money lenders and the like. They knew nothing about starting farms, about “making the desert bloom.” But they learned.

They bought land from wealthy Arabs in the Holy Land. It was land that the Arabs considered “worthless,” so the Jews usually got it pretty cheap. They learned about agriculture by doing. They turned the “worthless” land into crop-producing gold. Bit by bit, they built a new community, a “New Jerusalem,” so to speak. As they had done in so many other countries over the centuries, the Jews started out poor and low class; then utilizing their brains, their self-discipline, and their willingness to work hard, they began to catch up with the native inhabitants. And then, in terms of commerce and financial success, they began to pass them. And the Arabs noticed, and began to feel jealous and resentful. Just like so many other “nationals” had in the past.

And then a few years later, after World War I had ended, a fanatical nationalist and anti-Semite named Adolf Hitler came to power in Germany. And a few years after that, after he had started World War II (partly because the Allies had so enraged the Germans after World War I with their  imposed peace treaty that blamed the Germans entirely for that war, and that  imposed extremely heavy penalties on Germany), Hitler imposed his “Final Solution”: The Holocaust, which murdered 6 million of those Jews who had not moved to the Holy Land.

That slaughter so outraged and appalled the world, that it pushed the United Nations into establishing the State of Israel. And the rest is history.

Did the Palestinian Jews just “get lucky” because of the horrible deaths of millions of their fellow religionists? Was it just one of those fortuitous coincidences that sometimes occur in history?

Well, possibly. But remember that thousands of Jews had moved to the Holy Land, starting 60-odd years before 1948. They provided a nucleus, a core, to build a nation around.

The Jews for millennia have considered themselves “God’s Chosen People.” Assuming that you believe that, what if God decided it was time for the Children of Israel to get their original home back? And what if He made sure that plenty of Jews decided to move there, in small and larger groups, years before, to prepare the land, so to speak? And suppose that God, very reluctantly, decided that the only thing that would push the world into making a Jewish Holy Land possible, would be a huge and horrendous catastrophy happening to the Jews as a whole, to arouse unprecedented heartache and sympathy for them among the Gentiles?

Do I believe that’s why all these things happened? I don’t know. But I’d say it’s possible. And therefore, I don’t believe that God will allow His Chosen People to be driven from their restored homeland, a second time.

Maybe He has vowed, as the Jewish nation has ever since World War II, “Never again.”

And maybe He’s just as determined as Benjamin Netanyahu that Iran WILL NOT get a nuclear bomb.

After all, if Barack Obama fails in this deal he wants to cut with the Ayatollahs, it will be a blot on his “legacy,” he’ll be all pissed off, and he’ll blame the Republicans for it. And America’s world will be on as before.

On the other hand, if the deal is consummated, Iran gets the nuclear bomb, and decides to use it, Israel will be obliterated. The Jewish state will be destroyed — along with most of the Jews in the world. Hitler’s heinous intention will be realized.

Facing an Armageddon like that can concentrate your mind wonderfully. No wonder Netanyahu sounded like a latter-day prophet when he spoke in the House Tuesday — stern, no-nonsense, a veteran soldier who knows what he’s talking about. And no wonder that Obama usually sounds like a bull moose in mating season — loud and resonant, but braying nonsense.

← Stan and Ollie: Our comics, and our friends
Anonymous attacks sully a good website →

1 comment for “Netanyahu speaks sense to America about Iran”