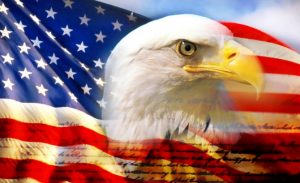 What has happened to our once-great country, fellow Americans? Where did we go wrong? How did we get so far off the track that our land now seems to be run by millions of malcontents who never tire of protesting, chanting, beating up people who don’t agree with them, and, when they think they can get away with it, burning and trashing buildings?

The Black Lives Matter slime love to complain about “police brutality”, and chant such charming slogans as, “Pigs in a blanket, fry ’em like bacon!” “Pigs” are our police officers, friends, in case you’re not familiar with that epithet.

“Police brutality”? How many times have we seen headlines saying something like, “White cop kills unarmed black man”? So all police officers automatically know whether a suspect is armed or not, without even patting him down? Did you ever hear of a revolver hidden in a waist band, and by a shirt that isn’t tucked in? Or in a pants pocket? No, I guess these “white cops” got up that morning and said, “Think I’ll kill me a nigger today!” Oh, sure they did. And of course, they never, EVER kill an unarmed White man — do they?

And then there are the millions of students at our colleges — AND, the leftist professors who brainwash them to think that anything conservatives want to do is “racist,” “fascist,” “Nazi,” ad nauseum. Conservatives are EVIL! Without exception. That’s the party line on the university level in the United States now. In between partying, copulating, and a little studying, the young (clueless, mostly White) leftists love to demonstrate, keep any conservative speaker from saying a word on campus — and rioting, smashing and burning whenever they can’t get their way.

And of course, our mainstream news media have made the overthrow of President Donald Trump their primary goal in a way that I cannot recall them doing to any president within my lifetime. They don’t even pretend to be “impartial” and to be reporting “just the news, man, just the news” any more. For example, Yahoo, with whom I have my e-mail account, has a daily list of stories on its website that heap scorn on Trump, accuse him of a multitude of “sins,” usually with no proof whatsoever, imply that he’s likely to be impeached soon, and so on.

It seems especially odd that the country appears to be leaning “far left”, in view of the fact that Republicans hold a sizeable majority of governor’s offices, state legislatures, control of the Congress, and, of course, the Presidency. Gee, how come the GOP has such solid control of the government, when the media will tell you that Trump is the most unpopular president ever, that the Democrats are stopping the Republicans at every turn, that Hollywood stars almost unanimously favor Hillary Clinton, Bernie Sanders, Nasty (excuse me, “Nancy”) Pelosi, Chuck Schumer, etc., over Donald Trump and Mike Pence, and believe that Trump is right on the edge of an impeachment precipice? Strange, Goldie.

The Democrats, or the leftists in general, are much better organized than the Republicans and the right, turning out thousands of “counter-protesters” every time a few hundred rightists gather to protest, or defend, something. Of course, the conservatives are not being paid by George Soros to show up, as the leftists are, so it’s no wonder they can’t turn out as many bodies.

And so many Whites, who basically support Trump and want the Republicans in Congress to back him, too, will say things like, “Oh, I don’t like the Democrats, but they’re experts at giving Trump problems at every turn. They’re good at that. They march in lockstep.”

As if that’s something to be proud of. Hey, folks, are you saying you’d like to see the left run Trump out of office, take over the Congress, start the process of making US all march in lockstep, too? Is that what you want? If it is, you must be even more stupid than the Republicans who control C 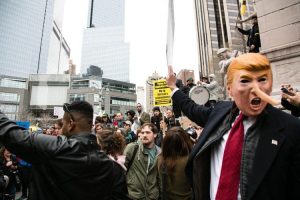 ongress, but can’t agree on anything, can’t get anything passed, and won’t cooperate with President Trump, the leader of their party, on many issues.

Let me explain something to these eminent GOP legislators: If I want to buy a car, I go to an auto dealer, look at what the company has to offer, decide on the one I like best, then approach a salesman (or maybe the owner) about the purchase. The salesman gives me a price. I say, “No, I can’t do that much. How about …?” And the salesman says, “No, I can’t come down that much; but how about this?” And so forth. Gradually — hopefully — the salesman and I reach a price we can both live with. And then we proceed to close the deal on the car.

Now, that’s how Congress used to run — like two people dickering over the price of something that one wants to sell, and the other wants to buy. Each side would begin by stating what they wanted to be in the bill, and what they DIDN’T want. Then, gradually, they’d negotiate, argue, but, in most cases, reach a compromise that both could live with. It’s called, “Half a loaf is better than none.”

Sometimes I wonder, today, if the new motto of too many of our legislators is, “Half a brain is better than none.” And by the way, with all the things — IMPORTANT things — waiting to be dealt with, like repealing and replacing Obamacare, the tax cuts, what to do about North Korea, etc., why in hell did the Congress just give itself the whole month of August off, like it was a collection of Paris taxi drivers? Can anyone say, “term limits”?

But once again, all this circles back to one fact: The left wing hates Donald Trump with a bitter bile, and thinks that if it continues to make things miserable for him (and for the American people, too), the American people will get fed up with him, blame him for it all, insist that the GOP-controlled Congress impeach him and remove him from office; or he’ll give up in frustration and resign; or have a massive stroke; or … or … or …

But think about this, you nutcase “progressives”: Just because there aren’t millions of average Americans out in the streets “protesting”, that doesn’t mean that they aren’t disgusted and angered at the way YOUR side has continually stirred things up. There always comes a breaking point — a point when the majority of the population stops just complaining about all this over their coffee cups, loads their privately-owned firearms (there are more than 300 million in this country, don’t forget), and heads for the streets, bent on stopping this by whatever means necessary.

And think about this: Donald Trump has made very plain during his presidency his high regard for the military, and for the various police departments in this country. He recently withdrew an executive order that President Barack Obama had issued, preventing the armed forces from selling heavy weapons to those police agencies. No more lightly armed, timid officers, you arrogant, “morally superior” thugs!

Suppose that at some point, when nothing else has worked, Trump tells his advisors, “I’m sick of all this bullshit! I’m declaring a state of emergency — martial law!”

My guess is that the generals, the chiefs — and a large percentage of the general public — would be on his side. Where would that leave YOU, leftist troublemakers?

← Hustle right into that Hall, Charlie!
The Mormons don’t ‘sweat the small stuff’ →