Imagine two modern, very powerful locomotives on one railroad track. They are still about 10 or 12 miles apart, but they are barreling pell-mell toward each other. Soon, if someone doesn’t pull a switch to shunt one onto a side track, or if they don’t both manage to stop, they’re going to hit head-on. And those people you see standing, frozen by fear, in the middle of the track, will be squashed like a tomato hit by a piledriver.

We’re those people — the American people — who are watching as these two locomotives bear down on us. President Obama and the Democrats who control the Senate are the engineers in one; the Republicans who call the shots in the House have their hands on the throttle in the other. The two sides should have resolved this debt 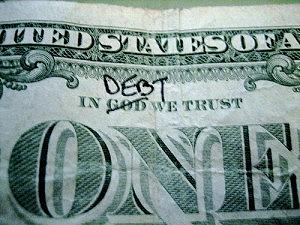 ceiling crisis months ago, but neither side could resist playing politics with the matter (the current debt ceiling expires Aug. 2). The Democratic side is insisting that there must be a tax increase on high-income Americans as well as cuts in spending, in order to reach a deal that raises the debt ceiling and saves the government from a default. The Republicans led by House Speaker John Boehner are just as adamant that they will not agree to any tax increases, and that Social Security and other entitlements must be on the table during negotiations.

Is this a good way to run a government? Hell, no! Ray Charles could see that! Where are our statesmen? We used to have some. Seems like today all we have is politicians, as far as the eye can see. Washington has divided sharply into two armed camps, with each side eyeing the other suspiciously, watching for any suggestion that might be interpreted as just another attempt to gain some political leverage. Where are the moderates? We used to have some. Now, Congress and the presidency are divided into hard left and hard right, and never the twain shall meet.

The president told the news media today that if an agreement on raising the debt ceiling isn’t reached by the “drop-dead day,” Aug. 2, he cannot guarantee that those on Social Security, veterans’ pensions, disability pensions, and the like, will get their checks on time next month. This seems to me to be just a transparent attempt to “scare the old folks” into pressuring their congressmen and senators to reach some kind of accommodation. That’s what the legislators should have done months ago anyway, as I said before, so maybe it’s just as well that Obama did his “Boo! Bogeyman!” number. Although I suspect that he’s dead wrong. The federal government doesn’t turn on a dime (some suspect it doesn’t actually even HAVE a dime right now). The checks will go out on time, next month, regardless. What might happen if the deadlock goes on and on, is another story. Turmoil in the stock market, soaring interest rates, and the like have been predicted. Who can tell? Neither the Republicans nor the Democrats in Washington seem to be able to, and they’ve all been to college. I’m just an ill-educated, retired Hoosier newspaperman, so what do I know?

Sen. Mitch McConnell, R-KY, the Senate minority leader, proposed a “fall-back plan” today: Turn the call over to the president, who could request specified increases in the debt ceiling, in three separate increments, over the rest of his term — or terms. The Senate and House would both have to approve his requests for them to go into effect. In other words, McConnell wants to put the monkey on Obama’s back. Seems iffy that either the president or his party would like the idea of taking that political risk. So what can be done, before the two barreling locomotives crash head-on into each other? Well, much as I hate to say it, the Democratic plan for higher taxes, should be considered. But not in the way they’ve proposed it. Once more playing politics, as McConnell and Obama were with their statements today, they assure us that only “the millionaires and billionaires” will have to have their taxes raised. I don’t think that will work. Their taking advantage of tax loopholes (the legal ones which were put into the tax code by both parties) will enable them to evade most of the increase — legally — because they can afford to hire the best accountants and tax lawyers. And even if they couldn’t, or didn’t, the additional revenues which would be collected would be only a drop in the deficit bucket.

No, what needs to be done is to pass a small — repeat, SMALL — tax increase that affects all Americans. Spread it around, but make it small enough that people have less incentive to try to evade it in some way. And let’s do something about the tax code that gives too many people an “out” from having to pay any income taxes at all. Poverty is one thing. But families of four, let’s say, with moderate incomes, being entirely exempt from taxes, is just not sustainable. It’s one of the reasons we’re in this hole right now.

The Republicans’ desire to put our entitlements on the table, too, also must be addressed. Placing this expenditure and that expenditure “off budget” over the years is one of the things that got the nation into this fiscal mess. But it would be much more helpful if certain politicians, and members of the news media, didn’t insist on using phrases like “CUT Social Security” and “SLASH Medicare,” and the like. Those are “screamer” words, designed to cause the American people to cry, “Oh, my God! They’re going to cut my Social Security!” No one’s proposing that people already drawing it will see the amounts in their checks reduced. That’s not allowed under the Social Security law, anyway. What must be looked at, is a gradual raising of the age at which you can start receiving Social Security (they’ve done it before — remember?), and possibly means testing of recipients — although I’d hate to see it turned into what might appear to be a “poverty program.”

Another thing they could do is raise the amount of income which will be taxed for Social Security per person, which is currently at just over $100,000 per year. A modest increase there might bring in a surprising amount of additional revenue.

Hopefully our feuding politicians will come to their senses in time, and find a way out of this mess, before we’re all run over. Who knows? They might even glom onto an idea or two suggested by Old Corporal.

← White people: Are we committing racial suicide?
Let’s take them all to the woodshed! →

1 comment for “Washington politicians are about to hit the ceiling”