Until about a year and a half ago, I didn’t think I could write poetry. (Who was that out there who just said, “You can’t!”?) But anyway, early last year I started gingerly trying to pen some verse, for a “Writers Forum” at the Jefferson County Public Library. Sadly, it’s since gone defunct. Yes, I meant the Writers Forum! At any rate, I learned that I could write some poetry — now, not that I’m claiming to be any Henry Wadsworth Longfellow. Not even Ogden Nash. Don’t know who he was? Google him. Great, dry-witted New England poet of the 20th Century. Quirky sense of humor. Of course, I always preferred Oliver Wendell Holmes Sr., or Rudyard Kipling. Love “The Wonderful One-Hoss Shay” by Holmes. Can’t believe what some people call “poetry” today. Blank verse. Blank minds. But I digress …

Where was I? Oh, yes, my poetry. I noticed that during the last few weeks I had kind of gotten into a “heavy” mode on the site here, agonizing over the possible extinction of Caucasians, the cooling up of the Mormons, the idiots in Washington, D.C. Heavy. Heavy, heavy hangs over our heads. Sword of Damocles. Hard to enjoy your dinner. A little nonsense now and then is relished by the best of men …

Huh? Oh, I’m meandering again, aren’t I? Must have had a senior moment. I AM “Old” Corporal, you know.

Anyway, enclosed please find three (3) poems by Yours Truly, written at various times over the last 18 months, for various reasons.

This first one was inspired by my observations of the superior court judge’s office, nearby to a place where I’ve spent many a happy hour, but which I can’t identify by name because someone wouldn’t speak to me again. By the way, if you’re using the translation link at the upper left of the home page, the poems won’t rhyme in another language. But hope you’ll enjoy them, anyway. Here we go: 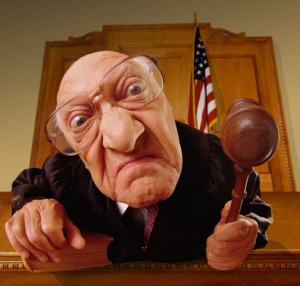 It’s a fair Monday morning,
The weekend was short.
The local rogues’ gallery
Lines up outside court.

Junior was driving with John Barleycorn.
Bubba beat up his old lady this morn.
Rich and Nicole made meth in their home;
Great place for their kids, Cherise and Jerome!

Tilly, who lives with her bum boyfriend, Art,
Got caught with some shoplifted goods from Wal-Mart.
Shawn is a drunk; Jake is a pusher;
As both enter court, they each need an usher.

Here come the attorneys, each in his lawsuit;
The raven-robed judge makes the legal point moot;
A lecture they’ll get, and a nominal fine;
Then, sentence suspended! — Next one in line!
— Copyright 2010 by Wayne Engle

Willie Nelson is an American institution. He’s one of our greatest living composers and singers of popular, distinctively American songs. Nobody sounds like Willie. Heck, nobody LOOKS like Willie, either!

But — and here, if Mr. Nelson happens to read all this, I hope he has a sense of humor, as I’m sure he does. Willie has had a problem with, shall we say, mind-altering substances, for a good many years. He had to appear in court again recently on a marijuana-related charge. It’s part of his persona, apparently.

One of his biggest hits was “On the Road Again.” I got to thinking about the lyrics of that song one day, and it started to morph in my mind, and — well, here: Take a look.

On the Weed Again 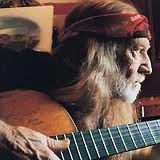 (with apologies to Willie Nelson)

On the weed again,
We’re a band of druggies stoning down the highway;
When we crash we send
Word ahead that we can’t play our music no way, not today, cause

And finally, this is one I wrote when our “prompt” (suggested topic) for our very last Writers Forum was “My Imaginary Place.” This verse is blank, but I like to think my mind wasn’t blank when I wrote it. Enjoy! 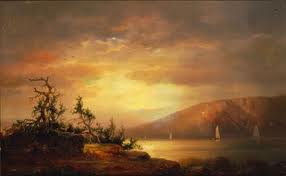 My imaginary place would look like Thomas Cole
Had painted in the Hudson River Valley.
Rounded mountains, winding waters, trees so tall
They seemed to stretch and reach for heaven.

My sweetheart nestled there beside me, we’d
Chat, and kiss, and do the precious things that lovers do;
Twins of passion, and shared longings, for a world
Where trusting beasts came near to our caressing hands.

A crock of sweet wine we would have, and luscious cakes,
To eat and drink our fill of them, and of each other,
And the overwhelming grandeur of our little paradise
Nestled in the valley of the river of our dreams.

Good friends would come, and sit, and chat with us, and laugh.
And none would hurry off to tend an urgent matter, as
People do so often in our pell-mell rushing world.
We would stop, all of us, and smell those lovely roses.
–Copyright 2011, Wayne Engle

If you liked this verse, for better or worse,

Give me a roar, and I’ll write some more!

← Let’s take them all to the woodshed!
Courthouse holds many memories for Old Corporal →