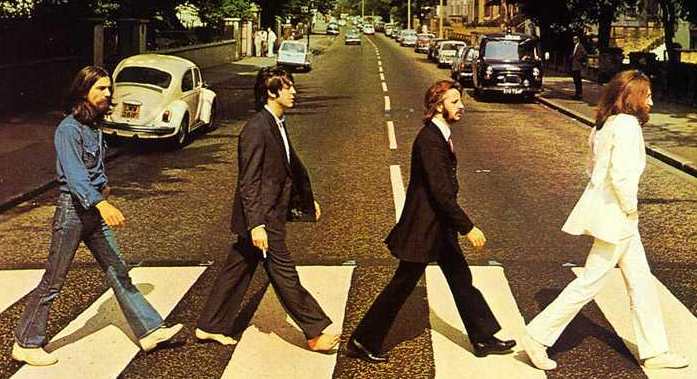 Any of you who reply, “So what?” obviously didn’t live through the Beatles era like I did. Even if you’re familiar with some of the Beatles’ music, as even today’s young people are, you had to be there to really appreciate how huge they were — the greatest entertainers in history, as some say.

John Lennon, Paul McCartney, George Harrison and Ringo Starr (they were always listed in that order) started out as great admirers and imitators of early American rock ‘n’ roll and rhythm ‘n’ blues musicians — Elvis, Little Richard, Buddy Holly, Chuck Berry, Eddie Cochrane, and the like — then at some point, starting probably with the “Rubber Soul” album, started to take their music to another, brilliantly imaginative, plane. Yes, it was still based on rock. But more importantly, it had become “Beatles music” — a totally unique sound, with intricate, mind-blowing harmonies, a lot of “blue notes” that fell between the naturals more common in rock music, and instrumentation that would simply knock you out.

To compare the Beatles’ music to that of, say, the Beach Boys, the latter group had beautiful harmonies, too. But their instrumental playing was only adequate, compared to Paul McCartney’s bass, George Harrison’s lead guitar, or Ringo’s drumming, which was just right for the Beatles’ style. Lennon was probably the least proficient of the Beatles instrumentally, but he still played a mean rhythm guitar.

And of course, his and McCartney’s voices blended in a way that was almost magic, melding seamlessly, Lennon’s deeper and with a rasp to it, McCartney’s slightly higher and with a greater range. One voice complemented the other perfectly. After the first two or three Beatles albums, Lennon and McCartney wrote almost all the group’s numbers.

Harrison’s singing, while not in a league with that of his two slightly older mates, was fine on the occasional song he wrote. And “Abbey Road” contained two of George’s songs which were as beautiful as any the Beatles ever recorded: “Here Comes the Sun” and “Something.” Frank Sinatra did a cover version of the latter song — although he embarrassed himself on a TV show where he sang it by identifying it as “a Lennon-McCartney song.”

But by the time “Abbey Road” was recorded, the Beatles were rapidly falling apart as a group. John was besotted by his new wife, the Japanese-born Yoko Ono, on the one hand, and by his heavy drug use on the other, and was paranoid and resentful about what he saw as Paul’s efforts to “take over” the band. McCartney had stepped into the leadership role as Lennon became more and more incapacitated by his own demons, and as Paul’s fertile imagination continued to conceive more activities to keep the Beatles occupied. George felt ignored and relegated to a “little brother” role by both John and Paul, and was increasingly occupied by his fascination with Eastern religion. Ringo, who got along well with all three of his mates, was simply trying to accommodate whatever they wanted to do.

“Abbey Road” came about after McCartney asked their record producer, George Martin, to oversee the making of a final album to “tidy things up” before the ultimate break-up. Martin agreed, but only if the Beatles would allow him the authority to do his part in the way he thought proper.

They did. And the resulting album, named after the location of the recording studio where the Beatles had made all their hits, was a fitting conclusion to a career that has yet to be equaled.
In early 1970, a few months after the release of “Abbey Road,” the Beatles disbanded. The four never played together formally again.

If you haven’t heard “Abbey Road,” you should. All four Beatles, even Ringo, have songs on it. Ringo plays his one and only Beatles drum solo near the tail end of Side 2.

And the last song in which all four Beatles sing is entitled, appropriately, “The End.” The foursome, soon after, hit the road to go their separate ways.

But what memories they left us.