The comedians, God bless ’em! Without the funny men — and women — we would be condemned to watch nothing at the movies and on TV but drama, adventure, and musicals. It’s good to see those movies and shows that cock a snook at authority, at propriety, at religion and philosophy and a dozen other things that we’re normally expected to regard with sober-faced awe.

Well, some comedians cock that snook, anyway. The group that did it better than anyone, before or since, was, in my opinion, the six talented young men who conceived, wrote and acted Monty Python’s Flying Circus on the BBC in Britain, from 1969 to 1974. Eric Idle, John Cleese, Terry Jones, Michael Palin, Graham Chapman and Terry Gillliam were all just pups when the show started — Cleese was the oldest, at  30 — but their surreal, hilarious depiction of the Britain of their day and their playing of most of the parts in the skits on the show was brilliant, and uniformly so; it would have been a credit to comics 20 years older than they.

Many people, especially younger ones, probably aren’t familiar nowadays with Monty Python. How would you describe the show? It mixed live skits, filmed outdoor segments, animation (that was done by Gilliam, the only Yank in the group) that ranged all the way from spoofs of the British military, parliament, judiciary, established church, and others; to an outrageous, short “sitcom” about the life of Attila the Hun, which portrayed him living like a suburban middle-class Brit, with a wife, two children (he brings them home a severed head in a bag as a surprise one day), and a “butler” who is a White actor in blackface and whom Attila addresses as “Uncle Tom.” Wouldn’t that go over well today, in our politically correct world? 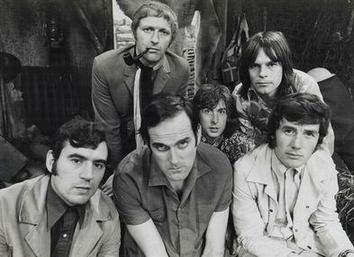 But the Pythonites were never afraid to make waves. They not only tweaked the mighty, but also on occasion racial minorities and homosexuals. One of their funnier skits depicted two British judges, in their elaborate wigs and long robes, “in chambers” after trial and discussing, with elaborately effeminate speech and mannerism, the various “hot” men they had noticed in the courtroom.

Interestingly enough, one of the six Pythonites, Graham Chapman, actually was gay, and it was reportedly him who initiated most of the “fairy” spoofs in the five years of the show.

Monty Python episodes almost have to be seen to be appreciated fully. Check Amazon.com and you’ll find a 16-disc DVD set containing all 45 of their shows available.

The Dick Van Dyke Show preceded Monty Python by a few years, debuting in 1961 on U.S. TV and continuing until 1966. Van Dyke, who was making movies (“Bye, Bye Birdie,” “Mary Poppins”) at the same time as the show was being filmed, played comedy writer Rob Petrie  who had to come up with new jokes each week for a TV series, in tandem with his two assistant writers, Sally Rogers (Rose Marie) and Buddy Sorrell (Morey Amsterdam). Back home, Petrie’s wife Laura (Mary Tyler Moore; this show catapulted her into “The Mary Tyler Moore Show” later) and their little boy Richie (Larry Matthews) furnished the domestic side of the show.

The sitcom was probably the most popular comedy series in U.S. TV history. Van Dyke remains one of the funniest men on the planet, especially with his rubber face and ability to dance, cavort, and take comic pratfalls. Rose Marie and Amsterdam played well off each other, trading wisecracks in each show, and worked harmoniously with the star. Amsterdam’s best-known running gags were insults handed out to Richard Deacon, the tall, bald, humorless producer of the show, each time Deacon happened to enter the writers’ office. 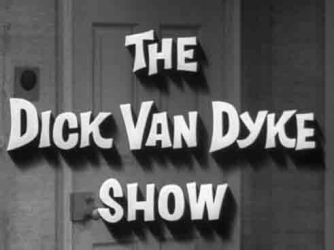 But — the very fact of those insults, of Deacon’s deadpan reactions to them, of the verbal sparring between the Rogers and Sorrell characters, could begin to pall on you after a while. Yes, the wisecracks were funny. But they became too boringly predictable. So did the unmarried Rogers’ constant search for a man — any man.

Ditto the home sparring between Rob and Laura Petrie. Van Dyke-Rob often seemed to spend half the show saying, “Aw, come on, honey!” and “Gee, I’m sorry, honey!” to an angry — at him — Moore-Laura. Too much lazy mining of the U.S. domestic sitcom formula: Erring husband, angry wife, pleading husband, forgiving wife, kiss and make  up before final fadeout. It gets old over time.

But the show gained high ratings all through its five years, and a hall closet full of TV awards. Hard to argue with success, I guess.

Like the Pythonites, the Van Dyke people got out while they were on top. Maybe the third in my trio of shows should have done the same thing.

The Tonight Show premiered on NBC in 1954. Steve Allen was the emcee until 1957, when Jack Paar took over. Then Paar left in 1962, and Johnny Carson began his 30-year run with the show. In 1992, the current star, Jay Leno, began his career with Tonight, and save for a few months’ hiatus he’s been there ever since.

Comedy has always been the cornerstone of the show, coupled with interviews with guest celebrities and musical numbers. Carson also featured many skits, which have pretty much disappeared under Leno.

Allen’s humor was unique, stream-of-consciousness, punctuated by his loud, hysterical laugh. Paar’s was often centered on himself; he was a self-absorbed man. Carson’s was the “stand-up” type we recognize today — politics, show business, the sports world, all came in for their share of teasing. 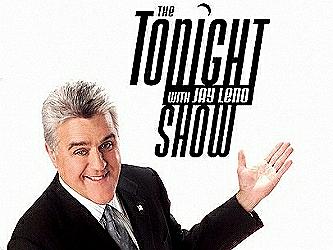 The Tonight Show – With Jay Leno

Now, Leno seems to be running out of gas in his 19th year on the show — or his writers have become lazy and complacent, or both. His routine is pretty predictable any more: Trot out all the nightly stereotypes — Sarah Palin, a pretty bubblehead with no chance to be president; George Bush, a moron; Charlie Sheen, forever drunk, stoned, and in bed with prostitutes; John Boehner, a guy who goes to the tanning booth and cries a lot; Republicans in general, unfeeling, favoring the rich, and being hypocrites about morality.

Sports teams come in for a hit or two — no pun intended — almost every night. The ones that couldn’t buy a victory, that is. And then there’s Leno’s all-time favorite target: his fellow guys. Every gender-related joke has the males as the butt.

Of course, there are places Leno will not go. He did finally start doing some timid Barack Obama jokes after the Mulatto Messiah had been in office for a while. But the butt of each joke is almost always someone besides Obama. And when Leno, and other late-night comedians, were joking about how various members of Congress were going to have “dates” to sit with at the president’s State of the Union speech, they missed a golden opportunity for a great joke: “Wonder who Barney Frank’s date will be?” (delivered in an effeminate manner, with a hand gesture to match). You flinched, Jay; you chickened out.

Leno isn’t afraid to offend certain groups on the show, though. One of his more recent features is “White Trash Repairs,” which his mostly White, mostly young, mostly liberal crowd seems to find hilarious. Wonder if he’d consider another feature called “Nigger Rigging”? Used to be a well-known saying. If you’re young, your grandfather can probably tell you what it means. Don’t hold your breath waiting for Jay Leno to say it on the show, though.

The Tonight Show is older than most Americans. Its first three emcees are all dead. But it continues to struggle on.

Monty Python and Dick Van Dyke moved on to other things after just five seasons each. Maybe they knew something that seems to have escaped the people who continue to give us the Tonight Show at 11:35 p.m., Monday through Friday. There’s an old saying in show business: “Leave ’em laughing.” Python and Van Dyke did. I suspect that many of the Tonight Show’s fans are instead, yawning. And not just because it’s so late.

← Let’s have justice for American Renaissance, too!
Selfishness of the Wisconsin laborites — and others →

2 comments for “Python, Van Dyke, Leno: What’s so funny about that?”