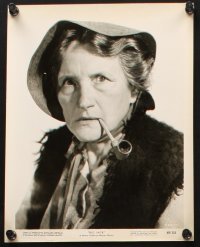 Jacob Schutte, a lonely bachelor farmer in the early 1900s, goes each Sunday to a different church to partake of the “dinner on the ground” offered to any with the 25 cents it costs to eat. On this particular Sunday, Jacob visits the Methodist church where he expects to enjoy just the meal, as usual. But a big surprise awaits him …

Jacob Schutte approached the “buffet table” — as we would call it nowadays — at the Center Grove Methodist Church, glancing up at Hilda Cain and Lizzie Duncan to say, “Good afternoon, ladies. Spread looks mighty good today!” He handed over his quarter to Hilda and began filling one of the plates provided for the “dinner on the ground” guests. Hilda and Lizzie both smiled — politely — and said, “Nice to see you, Mr. Schutte.” But when his head was turned toward the food, Lizzie looked at Hilda and held her nose. Hilda snorted, trying to suppress a giggle. Jacob paid no attention. He was loading up on fried chicken (his favorite food), potatoes, corn on the cob, green beans, apple pie, and a big glass of apple cider to wash it all down with.

He scanned the tables, looking for a vacant one; Jacob didn’t like to impose himself on other folks, as he was aware of his not-so-popular status, for several reasons. Then his eye fell on her, and he stopped, almost awe-struck.

The lady was sitting by herself at a table, eating with obvious relish and little regard for the table etiquette women were expected to follow in those days. She wore a hat (almost all women did in the early 20th Century, at church or going “downtown” or to a dance,) and a white blouse which showed that she was — uh, a little ample in the bosom department. Her face wasn’t exactly strikingly pretty, but it had a pleasant cast, with a firm tilt to the chin that implied she didn’t take much crap off anyone.

Jacob couldn’t guess her exact age, but she looked to be somewhere in his neighborhood.

“Well, mister, you going to sit down and eat, or just stand there and stare at me?”

Jacob started, realizing after a second or two that the lady was talking to him. Her statement sounded just a little pointed, but he noticed a twinkle in her eye as she returned his gaze.

“Why, uh, uh, I’m sure sorry, Ma’am; don’t believe I’d ever seen you here before,” he finally stammered. “Reckon I’d sure remember you if I HAD laid eyes on ya before this minute!”

The woman blushed a little — or Jacob liked to think that she had — and made a motion toward the other side of her table. “Come on, mister, sit down here before your gru 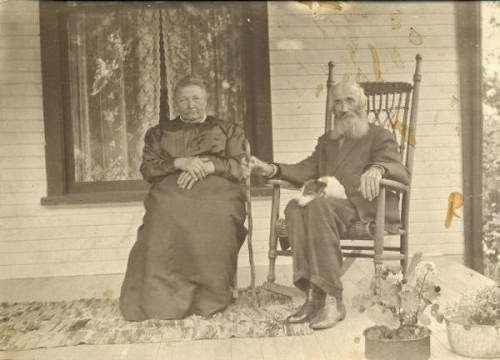 b gets all cold!”

“Y-yes, ma’am,” said Jacob, smiling with both gratitude and a little tremor, putting his plate and glass down carefully, then sitting down opposite his new friend.

The lady took a couple more bites of her meal, sized him up for a moment, then said, “So what might your name be, mister?”

“Marjorie Addison,” she answered. “But my friends call me Marge.”

“M-marge, I’m sure honored to meet you,” Jacob said, smiling in a way that brought a replying grin from Marge. Emboldened, he added, “Are you from around these parts?”

“No, I’m from Salyersville, about 20 miles down the road,” she said. “I moved here a few months ago to be close to my kids and grandkids.”

“Oh! Then you’re married,” said Jacob, a hint of disappointment in his voice.

“I WAS, for many years,” Marge said, some of the sternness going out of her face for a moment. Then she glanced down and said, her voice quavering slightly, “My husband passed away last year.”

“Well, I’m sorry, Marge,” Jacob replied, trying to sound like he meant it.

“Yes, I sold the farm after George died; moved here and I’m renting a little apartment in town, near my daughter’s family,” said Marge. Then she gave a sigh that sounded like, “There. I’ve told you about all that; now let’s talk about something else.”

Aloud, she said, “So, Jacob, you still working? What do you do?”

“Oh, I’m a farmer. Still farming where my folks did; they’re both gone now.”

She looked at him, that twinkle emerging in her eye again. “Well now, no offense, but I’d have probably guessed that,” she said. “Not saying you look old, now!”

“Well, I’m 71; what do you consider old?” asked Jacob, warming to the conversation and finding that he could talk to this woman much more easily than to those he had gone out with many years ago.

“What a coincidence! I’m 71, too,” said Marge, looking both surprised and intrigued.

Marge looked up sharply when he gave his birth date. “Are you kidding?” she asked, shocked. “That’s my exact same birthday, too! We’re exactly the same age!”

They stared at each other, shocked, for a few seconds; then Jacob began to laugh, losing his shyness and reserve. “Well, I’ll be hung for a horse thief!” he cried. “I’m startin’ to wonder if this meeting wasn’t planned, somewheres!”

Marge gave a mysterious little smile; glanced down demurely; shrugged her shoulders. She had finished her meal by that time, and she dug into her purse, produced a long-stemmed pipe, poked some tobacco down into it, struck a kitchen match, and began to puff away contentedly.

“Yes, ma’am; I like to chew Picnic Twist,” Jacob said eagerly. “Didn’t want to do it in your presence; thought you might be offended.”

He produced a plug quickly from his pocket, bit off a chaw, and started masticating with great energy; he was making up for lost time.

And then Jacob remembered something that not many knew about him: He loved to hear, and read, jokes, and could store an almost unlimited number of them in his head.

“Hey, Marge, you hear about the farmer and his wife that was talkin’ one day, and he said, ‘Zelma, you know when we first met, you didn’t have hardly a rag to your back!’ And she says, ‘Well, I got plenty of ’em now!’ ”

Marge began to laugh, truly amused, so much so that she had to remove her pipe to keep from dropping it in her lap. Jacob plunged ahead, seeing an opening: “You hear about old Henry that went over to see his buddy Ephraim? He knocked on the front door several times; no answer. Yelled, ‘Hey, Ephraim!’ No answer. Henry finally went in the house; looked all around; no Ephraim. He finally looked out the back door, and there was Ephraim, a-standin’ in the door of the outhouse, with his back to him, stooped over and doing something. Henry went out there and said, ‘Hey, Ephraim! What you doing there, old man?’ Ephraim looks around, sees him, and says, ‘Hello, Henry. Oh, I dropped my jacket down through the hole, and I’m trying to get it back.’ Henry says, ‘Hell’s fire, Ephraim, I wouldn’t want that jacket after it had been down in that mess!’ Ephraim says, ‘Well, neither would I, except it’s got a doughnut in the pocket!’ ”

Marge just howled at that one, and Jacob kept it up: “Two hogs walked into a tavern …” “Jack and Jill both started working at a factory on the same day …” “This old boy was a-fishin’, and he seen this other old boy a-fishin’ on the other side of the river, and he noticed …”

Finally, Jacob ran out of jokes, and Marge had laughed until her sides hurt. All the other diners at the “dinner on the ground” had gone home, and the two realized that it was time for them to do the same. They both walked over to where each team and rig were tied up (it was time to feed the horses, too), lingered briefly to chat a little longer, and give assurances that each would return next Sunday; and then they drove off their separate ways.

Next Sunday, Hilda and Lizzie, who had been watching the two surreptitiously, greeted Marge when she arrived — and noticed that the hat she was wearing was much more “sharp” and expensive looking than the one the week before; that her hair looked fresh from a beauty shop; and that she was clad in what appeared to be a new, very attractive dress.

She paid her quarter, sat down at one of the tables, and began looking around anxiously, while trying to appear as if she wasn’t. After about 10 minutes, another team and rig hove into view and came to a halt near the other rigs. And the driver got down and approached the tables.

Hilda and Lizzie stared. It was Jacob. But his suit looked brand-new, just as new as Marge’s outfit. He sported a jaunty, fashionable hat, and carefully polished shoes.

He handed over his quarter, hurriedly said, “Morning, ladies; beautiful day!” as he nodded and winked at Marge over at her table. He filled his plate, and headed her way.

And Lizzie looked at Hilda and said, “Did you notice something? I mean, besides those fine threads?”

“Yeah; he don’t stink any more! I got a good whiff of some kind of cologne — real nice-smellin’ cologne!”

“Hilda,” Lizzie said, peeping over her shoulder at the couple, “I think we just seen the beginning of a beautiful romance!”

← Jacob Schutte’s life was humdrum — until a Sunday surprise
Transgenders and restrooms: Are they kidding?! →

2 comments for “Jacob and Marge: A match made ‘on the ground’”