It’s coming, folks! As if you didn’t know that, of course. No holiday in world history has been so publicized, so widely observed, so full of divine meaning, warmth and a kindness that gushes out of people at the Yuletide that, for many people, seldom appears at any other time.

Christmas, Mommy! Christmas, Daddy! What will Santa Claus bring me this year? Oh, I can hardly sleep a wink on Christmas Eve! By the way, that’s literally the way I was about the sacred holiday, up until I reached a certain age, when I was growing up.

Christmas celebrations vary around the world, of course, because in 2,000 years of observation of the birth of Jesus Christ, our Savior, starting in the days that communication was limited and slow, each Christian civilization gave its own “slant” to it. It varies from Christmas trees, which were originated in Germany; to fireworks shot off at midnight Christmas Eve in Argentina; to St. Nicholas (Sinterklaas) and his black servants, Zwarte Pieten, (Black Peters), appearing to greet and hand gifts to Dutch kids in the Netherlands on the eve of Dec. 6, St. Nicholas Day; to Black Friday, turkey and dressing in the United States; and many more. Of course, the “politically correct” crowd has been trying to force Sinterklaas to drop his Black Peters in recent years, branding the use of White Dutchmen in blackface as “racist,” but hopefully a long Christmas tradition 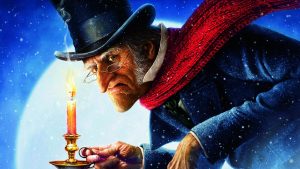 won’t be derailed by such nonsense. By the way, it’s not hard to see where the English-language term “Santa Claus” came from, after you learn that the Dutch have called St. Nicholas “Sinterklaas” for centuries, is it?

Of course, many of us have to remind ourselves that the Yuletide isn’t mainly about glimmer and glamour, gifts galore, and Christmas dinners. It’s the official annual recognition of the birth of our Savior, the Baby Jesus, presumably on Dec. 25 (no one knows for sure), 2,000 years ago in Bethlehem, and the belief among Christians that anyone who believes that He chose to die to save us from our sins, is assured of being “saved” and admitted into God’s Sacred Heaven.

No other holiday has produced the huge number of songs that have marked Christmas over the years. From those deeply religious in the Christian faith, like “Silent Night,” probably the most revered hymn ever written about the Savior’s birth (although some might choose “O Holy Night”); to children’s Yuletide songs like “Rudolph the Red-Nosed Reindeer,” introduced to the world in 1949 by the singing cowboy Gene Autry, and covered by more singers than there are stars in the sky, in the years since then. Music, saintly or juvenile-appealing, or even funny (remember “Grandma Got Run Over By a Reindeer”?) is as essential a part of the Yule season as anything.

Then come the stories written with a Christmas theme. The one that would come to many people’s minds almost automatically would be “It’s A Wonderful Life,” that inspiring and heart-warming family-oriented story set from the 1920s to the 1940s about a man named George Bailey who struggled for years to get away from his small hometown, only to discover, at a crucial moment on Christmas Eve, that there was a reason that he had stayed there. There were many, many people in Bedford Falls who needed his help, his caring, his kindness, his willingness to stand up against the town’s wealthy bully, in defense of the average man and woman in the street. George Bailey had stayed in Bedford Falls, because Someone knew he was needed there very much.

For anyone who hasn’t seen the 1946 movie of “It’s A Wonderful Life,” I won’t go into detail about the plot; don’t want to spoil it for you in case you get to watch it. But I’ll say this: If you can watch the final scene without choking up and probably crying, you must be made of stone.

New York City rather than in a small rural town. A jolly, kindly old man who insists he is Kris Kringle, proves to a little girl who has been taught by her mom that he doesn’t exist, that he DOES, in fact. Edmund Gwenn steals the show with his portrayal of — well, most American children would say, “SANTA CLAUS”!

But of all the Christmas stories — aside from the original story from the Bible about the birth of Jesus Christ, which of course started the whole thing — my personal favorite is Charles Dickens’ “A Christmas Carol,” published a few days before the Yuletide in 1843, in London.

Everyone who has studied Dickens’ life, or read his novels, knows how brilliant a storyteller he was. But his best-known, most affecting work, was a short story, or possibly a novelette, about a man who started out as a good person, but was poisoned by horrible events in his life, and who turned away from everyone, and made financial gain his only god. Then his only friend, his business partner, dead these seven years, returned as a spirit and began a Christmas Eve series of visions which led Ebenezer Scrooge back from the brink, and caused him to give thanks to God, not for his enormous wealth, but for his redemption and his return to kindness, compassion and humanity.

And in my opinion, no Christmas story, no story of ANY kind, has had as many movie and TV shows made of it.

And as we all know, nobody enjoys Christmas more than the children. Christmas Eve; Santa Claus comes; multiple gifts under the Christmas tree; family get-togethers; playing with cousins; Christmas dinner; great fellowship. And, for many, even today, a Christmas Eve church service. The kids may not say so, but I suspect they really enjoy that, too.

Because — well, who were some of Jesus Christ’s favorite people? Look at the picture closest to the ending of this story, and it’ll be pretty obvious. His Birth started it all; we grow up loving the Magic Day; and the love continues, for many of us, right on through life. Some people, like Scrooge, can be turned away from it by the less happy things of life; but often, very often, something brings them back to the light.

The Merriest of Christmases to you, my readers!