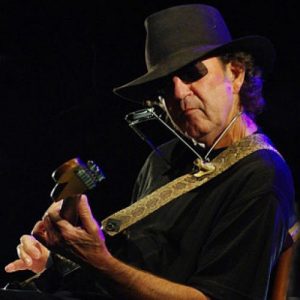 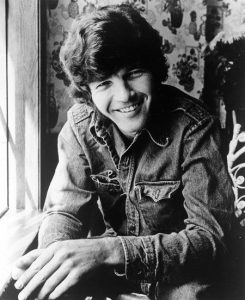 Tony Joe, in his early years

Tony Joe White, the “Swamp Fox,” and one of the most unique musicians in American history, died quietly and unexpectedly last Wednesday, at his home in Tennessee, apparently with family members present. I think it’s the way he would have preferred to go, if he had had his choice.

Tony Joe, 75 at his death, was the composer of many, many popular songs in his own unique style, combining elements of country, Cajun, rhythm and blues, the blues, and his own unique “swamp sound” from his birthplace in northeast Louisiana. But he was not nearly as well known to American music lovers as he should have been. There were numerous reasons for that; his compositions, while brilliant in my opinion, sometimes were a little too “beyond the pale” to achieve great popularity. He never had a back-up band with a distinctive name; Tony Joe kind of went his own way, playing his guitar and his harmonica and singing in his own very unique style. And during the last 30 or 40 years, he had made many, many personal appearances in European venues — probably more than in his native United States.

AND WHAT was that “own way” that he followed? Well, if you’d never heard of Tony Joe White, or seen a picture of him, and you heard a recording of him singing “Poke Salad Annie,” or “Rainy Night in Georgia,” his two best-known songs, you’d have sworn he was a middle-aged black man from the Mississippi Delta. And he never sounded like he was STRAINING to sound like an African American. He SOUNDED like one. But here’s an ironic element; NOBODY sounded quite like Tony Joe. I don’t know if the accent he sang in was actually the one he grew up with (I have an Army buddy who is from the parish just east of West Carroll Parish, Louisiana, Tony Joe’s birthplace, and while my friend has a Mississippi Delta accent, it’s not quite like the swamp fox’s), or whether it’s an accent he — uh, sort of adopted — after he became fascinated by the music of several black blues legends when he was in his early teens.

There is an amusing anecdote about the first time Tony Joe met the blues singer Tina Turner. She walked into the room, saw him, and began laughing uncontrollably, placing her hands over her face and turning her back. Tony Joe said later he thought, “Are my pants unzipped or something?” When she finally regained her composure, Turner hurried over, gave him a huge hug, and said, “Oh, honey, I’d always thought you was a black man!”

Tony Joe’s songs mostly had a certain, kind of moderate tempo; not too fast; Tony Joe never sounded like he was in a hurry to finish a song. It wouldn’t have fit with his low-pitched, growling swamp fox voice. It was like he was telling you a story with each song; relaxed, unhurried, like an old Louisiana farmer sitting on the front porch, entertaining friends.

Tony Joe reportedly began his life-long love affair with guitar, harmonica and song in his early teens. Over the next few years his star gradually rose, with the release of his unique song called “Poke Salad Annie” gaining his first nation-wide attention in 1969. The song was highly popular with other singers, especially Elvis Presley, who sang it at a bunch of his personal appearances. The music public loved it, too. A couple of years later, Tony Joe wrote and recorded “Rainy Night in Georgia,” and I believe his version is the best, although it was the cover version done by Brook Benton which zoomed up the charts.

APPARENTLY MANY of his female fans found Tony Joe “sexy.” I don’t know whether he ever took advantage of that — although he was married to his first and only wife for more than 50 years. But he was aware of it — obviously. He said once during an interview — I think it was on TV — “There’s something about my voice that makes women’s panties fall down. There! Did you hear that? One just fell down!”

Although many of Tony Joe’s songs were about the people of the swamp, some odd-ball parish sheriff, his heartbreak at being ditched by a girlfriend he loved, etc., a few of them were more in tune (no pun intended) with the previous paragraph. Listen to this:

Right off yo’ feet! Take ya home with me!

Not too hard to figure that one out, is it?

Tony Joe’s multitude of songs were sung, and covered on records, by a number of better-known American entertainers. I already mentioned Elvis, and Brook Benton, of course. Then there was Johnny Cash; and Dusty Springfield; and Tina Turner; and Ray Charles; and Waylon Jennings, who recorded several of the Swamp Fox’s songs singing a duet with Tony Joe; and Hank Williams Jr. Those in the industry damn sure knew who Tony Joe White was, and held him in high regard.

I HAD considered adding a video of Tony Joe doing “Poke Salad Annie” or “Rainy Night in Georgia” to this memorial — but then I thought, “If the reader wants to hear him, he/she can log onto www.youtube.com , google ‘Tony Joe White’s songs,’ and they’ll find dozens of them there — and can play whichever ones they want.” I think you’ll be amazed, and delighted, at any you choose. And remember what I said earlier about Tony Joe making many, many personal appearances in Europe, Australia, etc.? If you look at the comments posted by viewers under the YouTube Tony Joe recordings, you’ll notice many of them written in Dutch, French, German, Russian, whatever. He may have been better known in Europe than he was in his native United States! Odd, but I think true!

Rest In Peace, Tony Joe White, who I regret to say I never got to meet. We’ll never be able to replace you; you were one of a kind, bruthuh!

← GOP must stand up to ‘clever, slick’ Dems
Christmas is the greatest holiday! →