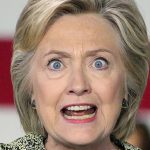 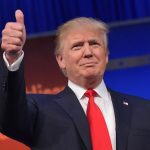 The American people are going to have to make a decision many of them dread: Elect either “Crooked Hillary” or “Dangerous Donald” as our esteemed national leader for the next four years.

Have we ever seen a presidential race like this one, in American history? Well, it’s a little hard to make that judgment, as none of us were alive before — oh, roughly 1925 or thereabouts. Each campaign has had its high and low points, its own peculiarities and methods of attacking one’s opponents, etc. But, having said that, let me add that, yes, the race of 2016 has really been a lulu!

DEMOCRATS ALL GIDDYB about electing “the first woman president” — so giddy that they had been preparing the way for Hillary Clinton for years — in fair ways and foul. Republicans all angry about a whole laundry list of things — many of them attributable to “our first black president” and his policies, engendering a feeling among millions of White middle-class and working-class Americans — like myself — that we are being denigrated, ridiculed, told, “It’s all over, honkey! You goin’ into minority status!”, and so forth. So we turned to the GOP candidate furthest from Washington and the least a “typical politician” — Donald Trump. And, of course, as would probably be true of any world-class businessman worth billions, Trump proves to be loud, sometimes vulgar, and to have his share of skeletons in the closet at Trump Tower in New York City.

Plus, as a non-politician, he’s also vulnerable to cries of “He doesn’t know what he’s talking about!” (true sometimes, but true of all of us, sometimes). Also to suggestions that he’s played fast and loose with the U.S. tax laws, that he’s “declared bankruptcy” several times; and to the release of the famous video tape that has him talking “locker-room style” about women, with a relative of the two former presidents Bush.

OK, fair enough. Candidates for president must expect close scrutiny of their lives, their conduct, their ability. It’s part of the game.

SINCE THE DAYS when her husband Bill was governor of Arkansas; up through his presidency; her senatorial career from New York; her unsuccessful run for the presidency in 2008; and her four-year hitch as Barack Obama’s secretary of state (“Here, White chick; here’s a bone for you. Support me while I’m the Big Nig, and I’ll support you when you run”), Hillary has been at dead center of scandals as far as the eye can see. Whitewater; Vince Foster; multiple “bimbo eruptions” due to Bill’s horndog appetite for sex; his narrow escape from removal from office due to that appetite; the Clinton Foundation; her millions of e-mails gone hither and yon. It goes on, and on, and on. An old Roman saying was that, “Caesar’s wife must not only BE virtuous; she must also APPEAR virtuous.” Well, to my eyes, Hillary appears as crooked as a dog’s hind leg. And she IS.

So many people seem to be enraptured by the thought of “America’s first woman president.” I have no problem with that; none. But do we want the first woman president to be a lying, greedy, cheating career politician like Hillary Clinton? We got taken in eight years ago by ignoring everything else and voting in “America’s first black president.” We got a “matinee idol” mulatto who is great on the stump, but not nearly so good when it comes to working, and taking responsibility as president, and not allowing his youthful brainwashing by black leftist “professors” to heavily impact his decisions in the Oval Office. Obama’s well-known swagger, his habit of often standing with his chin raised high, bespeak a lot about his attitude toward the world. “I’m the big dude on the block now, you racist White honkeys! I’m the smartest guy in the room, and don’t you forget it! I’m gonna do whatever I want to to re-shape this country to suit me and my people, and y’all better hunker down and take it — or else!”

Not to mention things like — oh, Social Security, for instance. Ever since 1975, those drawing those checks — which now includes me — have gotten cost of living raises each year, based on the inflation rate. Sometimes they were small — low inflation. Sometimes they were much larger — higher inflation. But we always got them, through 2009. Then, when the Mulatto Messiah took over, things suddenly changed dramatically. We’ve had three years with no raises at all — none. A couple of other years the raises have been miniscule. And for 2017, as if Barack Obama is leaving us something to remember him by, we’re getting three-tenths of one percent. You might be able to buy a milkshake with it, once a month, if you go to one of the cheaper places. “Oh, the president doesn’t control the raises, or lack of them, on Social Security!” you say? HA! If you believe that, let me interest you in a great lake-front property in Arizona. Can’t you hear Obama telling the guy who is — supposedly — in charge of those raises, “Those damn racist old honkeys all voted against me; I don’t want to see them get much additonal spending money while I’m the Big Nig in this town!”

SO THERE YOU have it, folks. As you’ve probably guessed by now, I’m for Donald Trump, first, last and always. Hillary Clinton is a lying, cheating political insider who cares only about how many more millions she can accumulate for herself and her philandering husband Bill. And if she’s elected, we’ll be facing four more years of Obamacare, of the other things he’s pushed that haven’t worked, or which have left a bad taste in the mouth of the American public. And don’t forget the Supreme Court. She’s likely to get to appoint three or four new justices if she gets in. She’ll pack the court with judges who believe it’s there to enable them to re-make this country in a decidedly leftist direction.

Donald Trump is not perfect. He’s never claimed to be. But he’s an enormously successful mega-businessman who is used to wheeling and dealing, and getting things done. No, he’s not a traditional conservative; more of a modified populist, I guess you could say. But he knows that, to get things done, in business or government, you HAVE to wheel and deal. Barack Obama never caught on to that. It was his way or the highway. And then he would blame the Republicans in Congress for being “obstructionist.” And electing Hillary Clinton will simply give us four more years of that non-function.

Things need a shakin’-up every once in a while. Especially in government. And ESPECIALLY in national government. Donald Trump will do the shakin’. You can count on it.